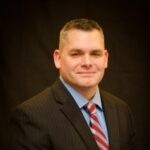 Indiana House District 83 centers on Whitley County west of Fort Wayne, an area that political observers have noted as one of the state’s most politically and socially conservative due in part to a high evangelical presence. In 2014, after its then-Representative Kathy Heuer was among a small group of Republicans joining Democrats in voting against House Joint Resolution 3 – recognizing marriages only between different genders – she lost in the Republican primary. The winner, Iraq War vet Christopher Judy, said in a campaign mailer that he would have voted for HJR 3; his campaign website stated, ”The history of man has proven that the only functional family is that centered on the traditional bonds between man and woman.’’ Judy won with 57% of the primary vote and was selected by party officials to fill the seat the following August when Heuer resigned to become a lobbyist.

Judy said his campaign also was motivated by opposition to Common Core, a national set of standards and testing in English and math for K-12 students from which Indiana already had begun to withdraw; he also highlighted his support of gun owner rights and opposition to abortion. His outspoken conservatism is reflected in the bills that he has authored – for example, one nullifying all EPA regulations in Indiana, introduced in three consecutive sessions – but can seldom get past the committee stage. The last of his bills to pass and be signed into law was one in 2017, stiffening criminal penalties for use of ransomware.

In early 2019, Judy was the first of four House Republicans bylined in an op-ed that circulated statewide, warning against proposed hate crimes legislation. By allowing enhanced sentencing based upon a victim’s personal characteristics, the op-ed stated, the legislation would allow “prosecutors and judges the authority to prosecute and sentence based upon perceived thoughts, ideas, and beliefs.’’ House Republicans scaled back the legislation to remove specific mention of gender identity and sexual orientation to secure passage of the bill, which was signed into law; Judy was among those who voted against it nonetheless. He was among a majority of House Republicans to buck leadership in an unsuccessful attempt to remove exceptions for rape and incest from the 2022 abortion ban; he voted for the ban with exceptions on its final House passage.

After his win over Heuer in 2014, Judy hasn't faced an opponent in either the primary or general elections except in 2020, when he won the general election with 65% of the vote over Democratic and Libertarian candidates. – Kevin Morgan 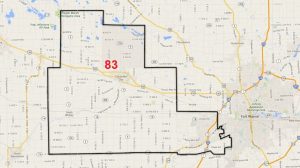