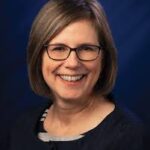 Indiana House District 26 centers on West Lafayette, and unlike other college towns around the state, it has an electorate that tends to favor Republicans almost as often as it does Democrats. It’s flipped from one party to the other four times in the past 40 years. In 2018 – a year in which national trends were favoring their party and the Republican incumbent was in her first term – Democrats didn’t have a candidate in the primary. Christine Campbell, a Purdue audiologist who had served on West Lafayette city boards, came forward and was placed on the general election ballot ahead of the June 30 deadline. What ensued was one of the state’s most heavily funded – $248,000 from Republicans, $132,000 from Democrats – and hard-fought campaigns.

Despite the late start and funding disadvantage, Campbell wound up winning, with 56% of the vote, one of three House seats that Democrats flipped; they needed four to break the supermajority that Republicans have held since 2012. In her first two sessions, she authored bills that hewed to a progressive agenda – a sales tax holiday for school supplies, repeal of right to work, enhanced sentencing for hate crimes with explicit mention of sexual orientation and gender identity, for example – and stood little chance of passage due to Republicans’ continuing 2-to-1 control of the chamber. Indeed, none made it out of committee.

Campbell took the lead in a bipartisan effort by the Lafayette-area delegation to fight the Holcomb administration-backed elimination of Amtrak’s Hoosier State line between Indianapolis and Chicago. The train made four stops a week in Lafayette. Federal funding for it stopped in 2015, and Republicans contended it wasn’t worth the $3 million the state contributed annually to keep it running, noting that ridership had declined 18% during that time. Campbell’s floor amendment to restore the funding in the biennial budget bill was defeated but drew three Republican votes. The train stopped running in June 2019.

District 26 was a mix of Clinton and Trump precincts in 2016. It had been represented by Republicans for a decade before Campbell’s arrival, but they did not field a candidate in the 2020 primary, leaving Campbell unopposed for reelection to a second term. – Kevin Morgan 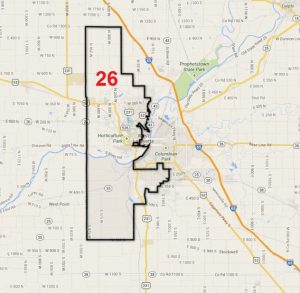