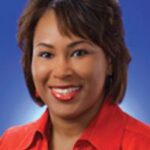 The Pike Township of 1980 was within the city limits of Indianapolis, but much of it qualified as countryside; its population was 25,000, among the lowest in Marion County. Forty years later, its population has more than tripled and with the growth has come a change in demographics. A rural, predominantly white constituency that elected Republicans has been replaced by one that is largely suburban, about 60% African American or Hispanic and much friendlier to Democrats. Indiana House District 94 comprises most of Pike Township and part of neighboring Washington Township, and has been represented since 2008 by Cherrish Pryor, who after receiving her master’s in public affairs from IU rose through the ranks of county and state government. Pryor once interned and later became a legislative assistant in the office of Bill Crawford, the House Ways and Means chair who was the nation’s longest-serving African American in state government when he retired.

Democrats were the House majority when Pryor arrived in 2009, and three of her first authored bills were passed and signed into law, including one that established a fund in the Indiana Department of Education for efforts to reduce dropout rates and another to cover a gap in health care for young adults released from state correctional facilities. Republicans took control of the House after her first term; the most recent of the bills on which she was primary author to pass and reach the governor’s desk was in 2017. In 2020, she introduced a bill backed by newly appointed Marion County Prosecutor Ryan Mears that would allow police to issue summons in lieu of arresting those charged with misdemeanors that didn’t involve violence or impaired driving; the bill passed the House but did not get through the Senate.

Pryor has advanced into the leadership of her caucus, with the rank of minority floor leader, No. 2 among House Democrats, and she often presents floor arguments for and against legislation. She also chaired the Indiana Black Legislative Caucus in 2017-18. Though it’s rare for amendments from the minority caucus to find their way into legislation on the House floor, Pryor in 2019 introduced an amendment that effectively derailed a Republican-authored bill to dissolve township boards in Indiana; her amendment instead called for a committee to study the issue, and the amended bill later was defeated on the House floor. Pryor notes that despite the difficulty of amending bills from the minority caucus, she’s been able to do it in each year of her tenure.

Democrats have held the District 94 seat since upsetting a Republican incumbent in 1998. Republicans hadn’t contested the past four elections going into 2020, when they ran a candidate who managed less than 15% of the general election vote against Pryor. — Kevin Morgan 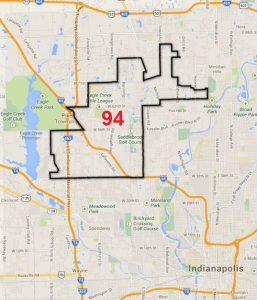