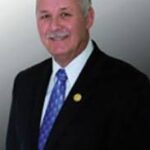 Indiana House District 10 covers roughly the northern half of Porter County, including the city of Portage and parts of the Indiana Dunes lakeshore. It has been represented since 2009 by Democrat Charles “Chuck” Moseley, a public relations man who served previously on boards and commissions in Portage. An Army veteran, he has made veterans a legislative priority. In 2013, he co-authored a bill, passed and signed into law, that streamlined the process by which Army medics and those with similar training in the military could be certified as EMS workers in Indiana. He was also behind the passage and enactment of Indiana’s “stolen valor’’ law, which in 2016 made it a misdemeanor for anyone to fraudulently claim to be a veteran for purposes of making money.

Otherwise, getting bills passed is a challenge for Moseley, whose caucus slipped into the minority in 2010. In 2019, he was primary author of a bill to allow a tax deduction of up to $3,000 for disabled veterans who rent, which he described in a newspaper interview as “the first step, however large or however small, that we can take to address the problem that we have in Indiana with homeless veterans.” The bill died in committee, as have other Moseley-authored bills to extend property tax deductions for World War II, Korea and Vietnam veterans.

In 2016, Moseley argued from the floor against a Republican-sponsored bill, later signed into law, to allow alcohol sales at the renovated Indiana Dunes State Park pavilion, noting that the county liquor board had twice refused to do so: “This all started as a renovation of an historic landmark, not an opportunity to make a profit from a taxpayer-owned resource.”

The ranking Democrat on the House elections committee, he was among Democrats in opposition to   a 2020 bill sought by the Republican secretary of state; since signed into law, it allows Indiana to establish its own crosscheck system to identify and summarily purge the registrations of voters who are found to be on the rolls in other states. Also in 2020, he was the author of a bill, passed and signed into law, that for the first time allowed electronic filing of campaign finance reports by candidates for office in Indiana. “With the current paper system,” he said in a news release, “you run the risk of saving your PDF form incorrectly, illegible handwriting on paper copies and the lengthy waiting process that results from delivering your report in person or through the mail.”

Though the district includes precincts that went Republican in the 2016 presidential elections, Democrats have held the House seat for more than 20 years. Moseley ran without opposition in either party in four of the past five elections, including 2020. – Kevin Morgan 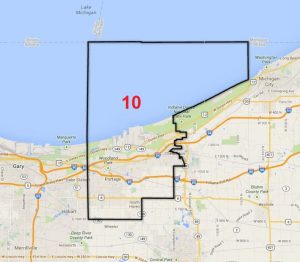