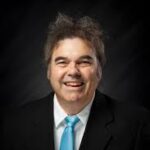 Indiana House District 45 includes most of what remains of Indiana’s coal mining industry, including the Peabody-owned Bear Run, the largest surface coal mine east of the Mississippi. Extending south of Terre Haute to Vincennes along U.S. 41, it includes all of rural Sullivan County and parts of four others. Except to a two-year term for which he had been voted out of office, the southwestern Indiana district has been represented since 2004 by Republican Bruce Borders, an insurance agent and former mayor of his small town in Greene County.

Borders’ affability and avocation as a professional Elvis impersonator might belie a serious conservatism, particularly on social issues. In early 2019, Borders was the first of four House Republicans bylined in an Indianapolis Star op-ed warning against proposed hate crimes legislation. By allowing enhanced sentencing based upon a victim’s personal characteristics, the op-ed stated, the legislation would allow “prosecutors and judges the authority to prosecute and sentence based upon perceived thoughts, ideas, and beliefs.’’ House Republicans scaled back the legislation to remove specific mention of gender identity and sexual orientation to secure passage of the bill, which was signed into law; Borders was among those who voted against it nonetheless. Also in 2019, Borders introduced a “bathroom bill,’’ as similar legislation in other states has been characterized, providing that students in Indiana’s public and charter schools could use only the designated bathrooms that match their “biological sex … determined by an individual’s chromosomes and identified at birth by the individual’s anatomy;’’ the bill, which included similar provisions involving participation on athletic teams, had no co-authors and died in a House committee. He was among a majority of House Republicans to defy leadership in an unsuccessful attempt to remove rape and incest as exceptions to the 2022 abortion ban; he voted for the ban with the exceptions intact on its final passage.

In 2020, though not an author, Borders was among the most vocal supporters of a bill that effectively would slow down the phaseout of Indiana’s remaining coal-fired utilities. Unlike other supporters who argued that it was not intended to save coal in Indiana — only to ensure that there are sufficient alternative energy sources to take over where it  leaves off – Borders argued for the future of coal, saying, “I think we’re foolish to treat coal as something whose day has come and gone.’’ Though undergoing layoffs, Bear Run still employs more than 400 in Sullivan County.

Except for an upset loss – by fewer than 100 votes – in 2012, Borders has been a popular incumbent. He won with 65% of the vote in 2018 and, after easily defeating a primary challenger, ran unopposed in 2020. The 2021 redistricting appeared to leave Borders unscathed as the lone incumbent in the redrawn 45th, but another incumbent Republican unhappy with the redrawing of his nearby district established residency in Borders' and challenged him in the primary -- unsuccessfully as it turned out. Borders drew 53 percent of the primary vote, and facing only an independent challenger in the fall, it appears Elvis will remain in the Statehouse for as long as he chooses. – Kevin Morgan 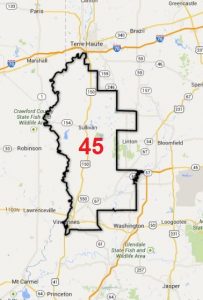