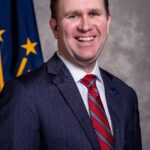 Indiana Senate District 7 follows the path of I-65 as it extends from the northwestern exurbs of Indianapolis past Lafayette and into more rural territory. It was represented for 18 years by Brandt Hershman, whose expertise in telecommunications, taxation and fiscal policy and advocacy of conservative economic causes established him as one of the state’s most powerful elected officials. After Mike Pence’s elevation to the vice presidency, Hershman was among the Hoosiers mentioned for a role in the Trump administration and was considered for a position in the Federal Communications Commission; at the end of 2017, he resigned to become a lobbyist in Washington, D.C.

Republican precinct officials in the Senate district chose Brian Buchanan, a Boone County Council member who works in sales for his family’s trucking and logistics business, to replace Hershman. In contrast to the authoritative delivery of his predecessor, Buchanan’s tone was unassuming as he made his first remarks on the Senate floor in early 2018: “When I was running in the caucus for this Senate seat, I said that my goal was just to help continue to keep Indiana — Indiana is in a great spot as a state overall — and I think you guys have all been doing great work. … I heard some debate up here the other day about we’re in a good spot, but how can we be better? So, hopefully I can contribute a little bit about how to keep Indiana good and take us to the next level and make us even better.”

In 2019, Buchanan was primary author on a bill aimed at making more uniform Indiana’s system of assessing property taxes by eliminating loopholes in the state’s taxation laws. Buchanan said his legislation was intended specifically to deal with inequities resulting from big-box retailers successfully appealing their property tax assessments by taking advantage of loopholes, shifting the tax burden elsewhere in communities. By one estimate, Buchanan’s home county had spent more than $400,000 on legal fees in fighting such appeals. “When we have a property tax system, it’s important that we all pay our fair share. A lot of large commercial property, when they file an appeal oftentimes they’re asking for a 35-40% reduction … but when you do that, it gets shifted to other tax payers.” The bill passed the Senate with seven Republicans voting against it; one of them, Noblesville businesswoman Victoria Spartz, expressed concern that the proposed changes could limit the options available to small businesses as well. The bill later died in a House committee.

In early 2020, Buchanan announced that he would seek election in his own right. He turned back two challengers in the Republican primary and in the general election won nearly 70% of the vote against his Democratic opponent, who sought during her campaign to call attention to Buchanan’s vote on one of the more contentious debates of the 2020 legislative session, involving a maternal health bill that would require businesses to make certain accommodations to employees who are pregnant; the bill, backed by the Holcomb administration, was seen as a measure to mitigate Indiana’s high ranking for mortality rates among infants and women during pregnancy. Senate Republicans successfully amended the bill to defer action to a study committee, a recommendation on which legislative leaders did not follow through after the 2020 session; Buchanan voted with other Republicans in support of the amendment. – Kevin Morgan 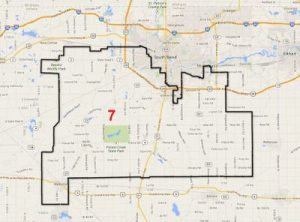