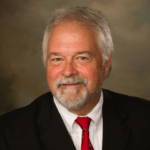 House District 56 is contained entirely within Wayne County, which was settled by Quakers a decade before Indiana attained statehood. Several meeting houses remain as does Quaker-founded Earlham College in the county seat of Richmond, but the faith is more a part of Wayne County’s history than its present. The history is a rich one, boasting a stop on the Underground Railroad and, in Richmond, one of the nation’s first recording studios that was part of a small cultural scene supported by a healthy manufacturing economy. Today, Richmond is one of several midsize Indiana cities yet to rebound from the decline of manufacturing. Beginning with the closing of an International Harvester plant in the 1950s, it lost a succession of automotive employers and more than a fifth of its population, now 35,000; median household income is $10,000 below the state average. As in many deindustrialized Midwest cities of similar size, the major employer is now the local hospital.

The district is represented by a retired surgeon, Brad Barrett, who upended a three-term incumbent in the 2018 Republican primary, saying he hoped to bring medical expertise to a legislative process that increasingly takes on issues of public health. In his first term, Barrett focused largely on those issues, and in 2020 was primary author of a bill broadening insurance coverage for colorectal screenings; it sailed to early passage and was signed into law. Appointed to the Public Health Committee, he also has identified the state’s opioid crisis as a priority. Wayne County was among the state’s first selected for a needle exchange program, and Barrett said that as a physician, he regularly treated patients dealing with issues of addiction.

During the coronavirus pandemic, Barrett aligned more with the social conservatives in his caucus, at one point authoring an amendment to prohibit businesses from asking members of the public their vaccination status, declaring in April 2021, "The science is still pending.'' He was among a majority of House Republicans to attempt unsuccessfully to remove rape and incest as exceptions to the 2022 abortion ban; he voted for the ban with the exceptions intact on its final passage.

Barrett finds himself in a once-competitive district that has trended increasingly Republican in the past decade, during which it also has shown an above-average tendency to throw out incumbents. Richmond has a Democratic mayor, and most of the city precincts went for Hillary Clinton in 2016, but as a whole Wayne County voted 2-to-1 for Donald Trump. After narrowly ousting an incumbent Democrat in 2012, Barrett’s predecessor won two more terms by wide margins until he was ousted by Barrett, who was elected by a wide margin. Barrett was unopposed in both the primary and general elections in 2020. Like more than a dozen other Republican incumbents, he turned back a Liberty Defense PAC primary challenge from the right  in 2022, winning renomination by a nearly 3-to-1 margin. – Kevin Morgan 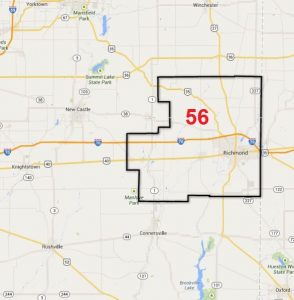