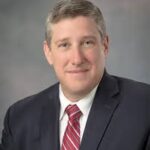 At its southern edge, House District 52 stops just short of the suburban and commercial development of Fort Wayne; at its northern edge, it’s just short of the tourist-friendly lake communities around Angola. What’s left is an expanse of mostly rural terrain along I-69. With a population of 13,000, the DeKalb County seat of Auburn – home to the annual Auburn Cord Duesenberg classic car show – is the largest of the district’s small cities and towns. Since 2013, the district has been represented by Republican Ben Smaltz, second-generation owner of a family business in Auburn.

Committee chairmanships are among the most valuable currency in the Indiana General Assembly. House and Senate leadership bestow them as rewards and withdraw them to chastise. Collectively, the appointments provide power over what becomes of the hopes and fears of fellow legislators as they prepare to do battle for or against changes in Indiana law – but committee chairmanships, particularly the more sought-after ones, can become a burden as well.

In late 2016, Smaltz was appointed chairman of Public Policy, the destination committee for some of the most hoped-for and most feared legislation of recent sessions. Barely a month later, Smaltz – highly rated across the board on conservative causes and regularly endorsed by Indiana Right to Life – had his Auburn home and church picketed by the more extreme anti-abortion Hoosiers for Life, which widely circulated his private email and cell number. The ordeal came after he announced Public Policy would not be hearing a life-at-conception bill to outlaw all abortions without exceptions for rape, incest or health of the mother; Smaltz said the lack of exceptions concerned him and, echoing House leadership, expressed doubt about its chances in the courts. The life-at-conception bill continued to be introduced annually only to die on Smaltz’s watch in Public Policy, but after the overturning of Roe v. Wade, Smaltz was among a majority of House Republicans to attempt unsuccessfully to remove rape and incest as exceptions to the state's 2022 abortion ban; he voted for the ban with exceptions intact on its final passage.

As committee chair, he also presided over some of the most momentous legislation that Indiana has seen in recent years, sponsoring and guiding to passage Sunday carryout sales of alcohol in 2018 and working with friend and eventual Speaker Todd Huston on an overhaul and expansion of gaming in 2019. Like Huston, Smaltz wound up voting against the final version of the latter, saying it was due to his concern over the last-minute allowance of sports betting on mobile devices, which he argued would make it easy for minors to place bets illegally.

In 2020, Smaltz made headlines primarily for something he didn’t do. Nineteen House bills were assigned to Public Policy, and as chair, he didn’t schedule hearings on any of them. Furthermore, according to Mary Beth Schneider, a columnist for Franklin College’s Statehouse File news service, Smaltz said he would’ve skipped the entire 2020 session, returning the legislature to its practice of meeting only every other year. Short, non-budget-writing sessions like the one in 2020 would be called only in emergencies, “things that have to be taken care of,’’ he told Schneider. “It’s not for bills that need a lot of work, that aren’t well thought-out concepts, that have other sort-of barnacles on them. I’d want to set a very high bar.”

According to at least one published report that he might not, he kept his Public Policy chairmanship in 2021 -- and courted controversy from the left, carrying “constitutional carry” legislation to do away with permit requirements to carry handguns; Smaltz had left previous legislative attempts by other authors die in his committee. He finally guided the legislation to passage in 2022.

Reelection hasn’t been a problem for Smaltz in this heavily Republican district. In 2018, he faced a primary challenger critical of his handling of the life-at-conception and constitutional carry bills but won by a 2-to-1 margin. In the general elections in both 2018 and 2020, he won more than 72%  of the vote against Democrat Martha Lemert; a Libertarian candidate was also on the ballot in 2020 and returned as his sole general election opponent in 2022. -- Kevin Morgan 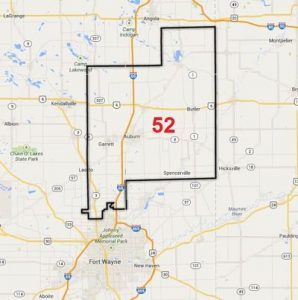