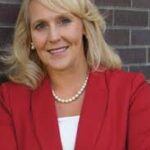 Tucked into the southwestern corner of House District 31 is Gas City, reminder of a short-lived natural gas boom in east central Indiana in the late 19th century. It was followed by a more sustained manufacturing boom that carried the area through most of the 20th century, attracting such employers as RCA in nearby Marion, which around midcentury employed 4,000 and turned out millions of televisions a year.

But as it did elsewhere in Indiana, the manufacturing boom eventually sputtered out, and there was little to make up the difference. By the time RCA’s successor closed in 2004, Marion and neighboring cities like Hartford City were dealing with declining populations, household incomes that rank below the state median and associated problems such as opioid abuse. In 2018, The Hartford City News Times quoted a city police lieutenant describing the increase in drug offenses over the previous two years: “I’ve seen it go from zero to 100.’’

The district is represented by Ann Vermilion, a health care consultant and former Marion hospital executive. She was credited with leading local efforts against drug abuse, specifically to reduce the number of opioid prescriptions written. She said she planned to continue that focus when she was selected by district Republican officials to fill an empty House seat in August 2019.

Vermilion was among several legislators in 2020 to author bills to raise Indiana’s legal age to buy tobacco or vaping products to 21; House leadership ultimately opted to defer to a Senate bill with similar provisions, which passed and was signed into law. Vermilion also was among the co-authors of a new law to streamline the insurance and enrollment process for Indiana’s First Steps program, which provides early intervention services to families with young children with developmental delays.

Though Marion included a few Clinton precincts in 2016, the district as a whole went for Trump and has elected Republicans to the House for the past three decades. Vermilion’s predecessor was a popular five-term incumbent who once ran unopposed and otherwise won by 2-to-1 margins. , Democrats did not field a candidate in 2020 or 2022, when by a nearly 3-to-1 margin Vermillion defeated a primary challenge from the right funded by the Liberty Defense PAC. A few months later, Vermilion correctly noted from the House floor in that she wouldn't be going away anytime soon as she broke from her caucus in speaking out against the 2022 abortion ban; her speech was praised as one of the most eloquent and heartfelt during the special session called in the wake of the overturning of Roe v. Wade. -- Kevin Morgan 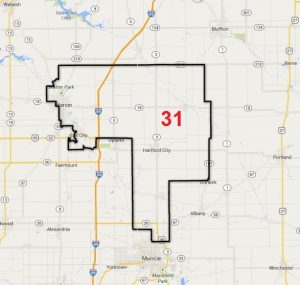