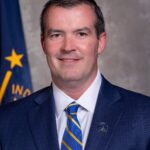 Aaron Freeman is a former Marion County deputy prosecutor who won election to the Indiana Senate in 2016 after the long-time incumbent, Republican Sen. Patricia Miller, decided against seeking another term. The district has been reliably Republican for many years, and Freeman was reelected in 2020 with 60% of the general election vote.

Freeman had dismissed a call for him to quit the 2020 campaign after a 2016 interview he did on the TBS show, Full Frontal, at the Republican National Convention resurfaced. In that interview, he dismissed the Black Lives Matter movement and denied the existence of unjustified police action shootings. Sen. Eddie Melton, D-Gary, called his 2016 remarks callous and said he should quit the campaign for re-election. Freeman told The Indianapolis Star that raising the video after four years was a politically motivated stunt.

Freeman emerged as one of the strongest voices against a hate crimes law in the 2019 legislative session that would explicitly list categories of individuals to be protected, such as by gender identity, gender or sex. The law, Senate Bill 198, that finally passed and was signed by Gov. Eric Holcomb allows judges to impose longer sentences for bias-motivated crimes, which are referenced in an older bias crime law that does call out disability, race, religion and sexual orientation, among others.

In the 2020 session, Freeman was among a group of lawmakers who added an amendment to House Bill 1279 to slow or potentially halt the expansion of new rapid transit bus lines in Indianapolis. The bill originally dealt with transportation projects in the northwest corner of Indiana but threatened a project approved by Indianapolis and Marion County voters as well as the Democrat-controlled city-county council. The amendment ended up being watered down to requiring IndyGo, the city’s transit system, to raise a certain percentage of the rapid transit costs from private parties. – Janet Williams 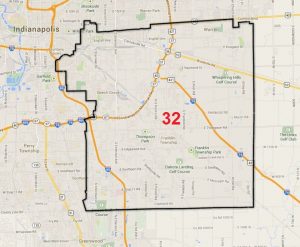