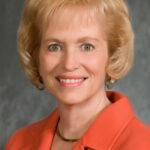 Indiana Senate District 50 extends north from the Ohio River through parts of the city of Evansville as well as suburban and rural areas to its east in Warrick County. It has been represented since 2005 by Vaneta Becker, an Evansville real estate broker who ranks among the longest-serving members of the Indiana General Assembly if you count the 25 years that she previously served in the House.

A moderate in a Republican caucus that has grown more conservative over the years, Becker had a rare foray into the culture wars in 2012 when she introduced a bill requiring that anyone performing the national anthem at events sponsored by public schools and state universities sign a contract promising that they would sing the song appropriately – “the way that we normally have it sung or heard throughout most of our state and our country,’’ she said in an interview with The Indianapolis Star. Becker said she introduced the bill in response to concerns from a constituent who heard the lyrics parodied in a school performance. The bill didn’t advance beyond a Senate committee, Becker received national and generally unflattering news coverage and she hasn’t introduced it since.

Most often, Becker’s legislative record has focused on public health, social services and K-12 education; particularly on the latter, she has found herself at odds with her caucus. In 2011, Becker was among nine Republicans to break with ranks with leadership in voting no on sweeping legislation permitting state funds to be used for private school tuition through vouchers, saying the bill would “go a long way in destroying public schools in Indiana.’’ Her outspokenness has continued; at a southwestern Indiana legislative forum in 2019, she was so critical of Republican-led education policy that the Indiana Democratic Party issued a news release embedded with video snippets of her remarks.

Also in 2019, she was among seven Senate Republicans to vote against an amendment which removed mention of sexual orientation and gender identity a bill allowing judges to give longer sentences is crimes committed because of the victim’s personal characteristics; she later voted in favor of the scaled-back provisions when they were enacted in other legislation. In 2020, she was among Senate Republicans to join Democrats in forcing a tie vote on a leadership-backed amendment allowing charter schools to share in public referendum tax dollars. Lt. Gov. Suzanne Crouch cast the tie-breaker to pass the amendment. Becker did not cast a final vote on some of the 2020 session’s key legislation and is listed as “excused” on the vote tallies.

Within Evansville, Becker’s Senate district in 2016 was a mix of Clinton and Trump precincts in 2016, solidly Republican otherwise. Becker had a winning share of 70 % in her last run for reelection in 2016; she was reelected without opposition in 2020. – Kevin Morgan 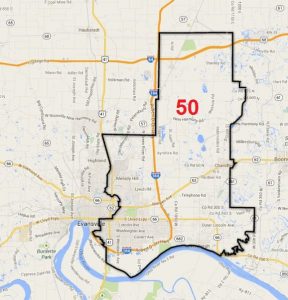