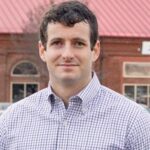 With scant ties to this southern Indiana district, Tennessee native and political novice Trey Hollingsworth comfortably won election to this seat in 2016 and has been reelected twice since despite frequent criticism that he doesn’t hold town hall meetings with his constituents.

Hollingsworth moved to Jeffersonville, Ind., across the Ohio River from his wife’s family in Louisville, in September 2015 and within a month announced he was running for Congress to fill a vacancy left when Todd Young decided to run for U.S. Senate.  Despite being derided by critics as a carpetbagger, Hollingsworth handily won his first election by 13 percentage points, spending $3.1 million of his own money on the campaign. Financial disclosure forms showed his net worth was more than $50 million, a fortune built in part through the Hollingsworth family’s fast-growing Tennessee-based company, Hollingsworth Capital Partners. Hollingsworth founded the company, which refurbishes old factories. Hollingsworth and a group of partners owned an aluminum casting plant in Bluffton, Ind., but sold it in 2018.

In Congress, Hollingsworth stood with fellow Republicans in opposing President Trump’s impeachment but has shown some willingness to break with the party on other issues. Last year, he was one of only five House Republicans joining Democrats in opposing Trump’s policy to ban transgender people from openly serving in the military. He was one of six Republicans to vote against a House resolution opposing a carbon tax.

Hollingsworth stirred controversy in 2020 when he suggested to radio station WIBC that letting more Americans die from the novel coronavirus is the “lesser of two evils” compared with allowing the economy to nosedive due to shelter in place orders from state governments.

Later, he told The Indianapolis Star that he was trying to make a more nuanced point. “I believe that I stood up and said on a radio show, (that) we are going to have to make tough decisions going forward ,” Hollingsworth explained, “and we owe a plan that acknowledges the reality that the risk of coronavirus will never be equal to zero and there are costs associated with this shutdown of our economy, real costs that Hoosiers and Americans are bearing. What I got back was Trey wants people to die. I never said that, and it’s not true.”

In July, Hollingsworth said he had tested positive for COVID-19 antibodies and announced he was donating plasma to “ensure I help others recover more quickly.” In an email, a Hollingsworth spokeswoman summarized the platform for his successful reelection, saying he supports “a pro-growth tax code, a regulatory framework that lifts small businesses up and encourages the American Dream, a health care system that puts patients, not the government, first, and safe and secure neighborhoods and borders.”

Hollingsworth advocated for term limits, pledging to serve no more than four terms in the House, and he followed through earlier this year in announcing that he would not seek a fourth term. The announcement immediately launched speculation that Hollingsworth might be a candidate for governor in 2024. — Greg Weaver 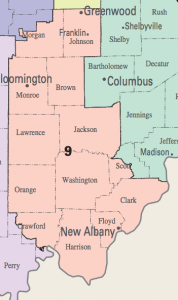