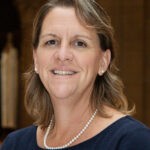 It used to be said that if you wanted an early signal on the likely winner of a presidential election, keep an eye on Terre Haute as vote totals start to come in. In 2020, when the city went for Donald Trump, it ended a streak of 68 years in which it hadn’t picked a loser. Political scientists were never sure why, although one of the more frequent guesses was that the four colleges in Terre Haute provide a sizable student population that leans Democratic, balancing rural and working-class communities that otherwise would keep the city as Republican as the rest of western Indiana.

The mix has favored Democrats in House District 43, which takes in most of the city of Terre Haute and rural areas to its north; the only exception in the past 40 years was a Republican elected to a single term in the GOP tidal wave of 1994.

District 43 is represented by Tonya Pfaff, a high school math teacher who won reelection to a second term in 2020 with 57% of the vote. She is an heiress of sorts to the legacy of Birch Bayh, who began his storied legislative career representing the same area in the Indiana House. Pfaff, whose father was an aide to Bayh, paid tribute to him on the floor of the House hours after his death in 2019, noting that it was through his authorship of the landmark Title IX that she was awarded a basketball scholarship to West Point. She later transferred to hometown St. Mary-of-the-Woods.

As a legislator, Pfaff is focused on education. Of the five bills she authored during her first term, one passed and was signed into law, a relatively rare feat for a freshman legislator in the minority caucus. The law requires the state to send information to special needs students on how to earn a high school diploma if they leave high school without one. In 2020, she was reelected to a second term with 57.5 percent of the general election vote. – Kevin Morgan 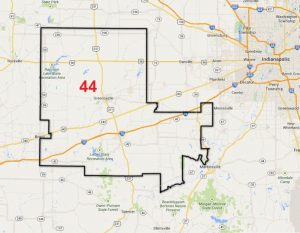