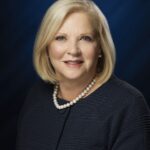 House District 36 is mostly the city of Anderson, and there are few more poignant examples of what deindustrialization has taken from the Midwest. Population – from 70,000 in 1970 to 55,000 today – only begins to tell the story. General Motors virtually disappeared from Anderson during that time, leaving empty two plants that at their peak employed nearly 25,000 at salaries that ranked the city solidly in Indiana’s middle class. Simon opened Indiana’s first enclosed shopping mall near one of the plants in 1965; it closed in 2018. Today, the median household income in Anderson is just under $35,000, more than $20,000 below Indiana as a whole, and per-capita food stamp distribution is three times the state average. Anderson used incentives to lure a Nestle processing plant; employment there, though still under 1,000, continues to grow through city-backed expansion, and salaries are above average. Hoosier Park, which opened with pari-mutuel racing in 1994 and later added a casino, employs about 800 and remains a mainstay as well.

Another mainstay is Terri Jo Austin, a former schoolteacher seeking her 10th term representing District 36 in the House. One of the more senior Democrats, she can look back more than a decade to a time when Democrats held the House majority and enjoyed some balance of power with a Republican-dominated Senate and governor’s office. For two terms, Austin chaired the powerful Roads and Transportation Committee. For most of the past decade, her caucus has been outnumbered 2-to-1, leaving one of the General Assembly’s most passionate defenders of Democratic causes with little leverage. Session after session, bills expanding voucher programs, charter schools and the conservative social agenda sail to passage over her objections.

In 2017, Austin seemed to score a win of sorts after her argument against a bill to curb drug-induced abortions caused 17 Republicans to break ranks to oppose it as well; the bill passed the House but never made it out of committee in the Senate. In committee and on the floor, Austin has seen success in shielding Hoosier Park from ill effects in gaming legislation. Consensus seems to be slowly emerging on once-divisive issues of public education, another of her priorities. Early in the 2020 session, the General Assembly passed a bill to exempt teachers from consequences of the state’s new ILEARN test, on which students scored unexpectedly low.  After an estimated 15,000 rallied outside the Statehouse on Organization Day, Republican leaders indicated they were open to including teacher pay raises, though not until 2021 – when an unexpectedly high state surplus fueled by federal coronavirus funds and allowed an unprecedented boost in K-12 spending and teacher pay.

Despite her tenure, election days are seldom a slam-dunk for Austin. Anderson remains a two-party town; Donald Trump won most of the city precincts in 2016. Despite her tenure, Austin has never run unopposed, and she had a primary challenge in 2018. Her winning margin in the 2020 general election was about 1,500 votes. – Kevin Morgan 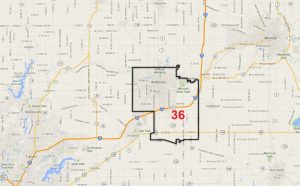