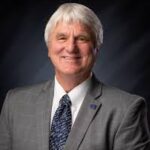 House District 32 consumes most of Hamilton County outside the population centers of Noblesville, Carmel and Fishers, and is more akin to rural Indiana than to those affluent suburbs of Indianapolis; it also extends north into parts of five other counties. The district has been represented since 2014 by Anthony “Tony” Cook, a Republican and retired school superintendent best known for welcoming young AIDS patient Ryan White to Hamilton Heights High School in 1987. Cook, then its principal, led a public education campaign aimed at dispelling myths about the disease and the risk to classmates, and was widely credited with sparing the youth from discrimination that he had encountered elsewhere. Ryan, a hemophiliac who contracted the disease through a blood transfusion, died in 1991.

The episode was recounted when Cook made headlines again in 2019 with his introduction of hate crimes legislation providing for longer sentences in crimes against victims targeted because of sexual orientation, gender identity or other personal characteristics, known as hate crimes. Rather than advance Cook’s bill, Republican House leaders opted to wait for a similar bill to come over from the Senate, where social conservatives effectively stripped it of specific protections for gays or transgenders. The Senate sponsor was so disappointed with the change that he voted no against his own bill; Cook voted yes, saying the amended measure at least represented progress in moving Indiana off the list of states without a hate crimes law.

Cook’s legislative focus tends more to be on education. The No. 2 Republican on the House Education Committee, he was primary author in 2020 of a bill later signed into law that ended the practice of using students’ standardized test scores as a key factor in their teachers’ annual job evaluations. While his bill was popular among Indiana teachers, their legislative priority was a statewide boost in salaries, an expenditure that Republicans leaders said would have to wait until 2021; it might be in doubt due to the coronavirus-triggered economic downturn.

Cook’s Democratic opponent in both 2018 and 2020 was a registered nurse and public schoolteacher who made teacher pay one of her main issues; he won both with more than 70% of the general election vote. – Kevin Morgan 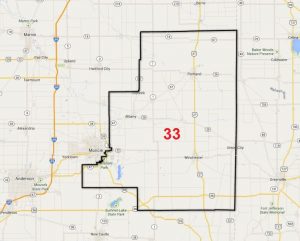